Is writing worth it? Do my poems matter?

Will publishing another failure make me sadder?

Why put time into something I love if it never becomes a real thing?

I can keep my head in the water above but my body’s still swimming upstream.

The life I have now is already enough. I won’t die if I give up my dreams.

Adding an accolade would only be fluff when I’m already stretched at the seams.

Is it really giving up if I never commit?

Is my self published work way too much to omit?

Do you really climb a mountain if you never summit?

When every day life keeps you down; you submit?

At what point does desire transform into action?

You strive and aspire to grow beyond faction.

You’re looking for a buyer, spread of word, and some traction.

But lighting that fire is all but a fraction.

Passion is rarely all it’ll take

And effort can barely preserve what’s at stake.

You need motivation to keep up the drive.

A little inspiration to keep it alive.

But nobody knows to ask you about You.

Your back burner still is kept hidden from view

Until someone wanders across what you do,

And asks you when they can get something new.

Can you really tell them how it’s all on hold?

How you wish you were driven but you’ve never been bold.

How your last four projects were all but out sold

How you’re feeling your dream is just childish and old?…

Maybe their intrigue was all that you needed?

Your love for your work may not be conceded

Effort and energy may not be depleted

Take one hint of hope and be not defeated.

(I started this book like 2 months ago, and just today got back to working on it.. so don’t expect this to be done any time soon.. but let me know what you think of it so far!) 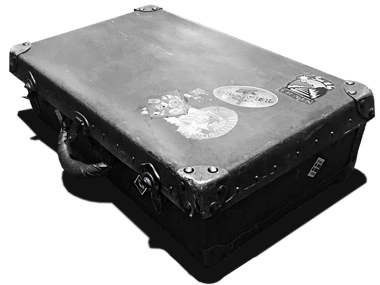 With a rigid stern brow he gazed expressionless out the window hearing nothing but the sound of the train’s wheels chugging along. Roll after roll after roll, from one open field to the next and on to the next. In a rear facing seat, the man watched as each passing building and vast open land faded slowly into the distance beyond the horizon. Chug upon chug upon chug. His tired wrinkled hands, once wrought with calluses, sat one upon the other atop the aged leather suitcase resting heavily upon his lap. He wore a large black coat, faded and stretched, with nearly as much wear as his hands. Its flat pressed collar hung low beside his shoulders and its buttons, nearly loose, seemed to dangle through their loops; like a once often used tire swing in a low hanging tree. The kind of tree you see alone in a large open field. An oak tree with branches so big, no ten swings could take one down. Likewise was this man.  The hair on the man’s head though still fully present was as grey as the sky outside, dreary and cold, but with no clear signs of the sun’s near return.

“So tell me, do you remember?” The woman asked in quiet inquisition.

The woman was seated in the bench seat in front of the man. From her angle out the window she could see each destination before it arrived. Each new tree, every power-line after power-line, grew in her line of sight until they skipped past the window in less time than the slow blinking of an eye of the man sitting motionless before her. She could see up ahead to the far end of the valley where the sun made crest on the edge of a storm cloud. Large distinct rays of sunlight burned through the rain pouring down to a vast open field; like Christ himself was stepping down from his throne. The atmosphere around the light in the distance was gloomy and dark. Rain came and went with each passing minute and the window to her left would have sparkled had it gone anywhere near the radiant light now turning the far mountains to flame.

She was a patient woman. Like a mother whose children had all grown up or a songbird waiting for spring. After asking her question she received no response. Not even an acknowledgment of her words. It was as though she was not there. Or perhaps it was He who was not.

Gently reaching forward, she rested a finger on his suitcase. With no movement of his head, his attention out the window, the man slid both hands down to the edge of his only possession and pulled it in closer to his chest. Pulling her hand politely away she placed it back in her lap. The man locked eyes with emptiness through the glass. An animal stuck in a cage, abused, confused, and left with no food.

“Can you show me what’s in the suitcase?” She asked. She was trying not to sound prying. She was polite and calm, merely curious. “I would love for you to show me what you keep in your suitcase.”

The older man kept his belonging closed tight in his arms and anxiously peered out the window. His focus remained afar off as though he had not even heard her speak. Like a man eavesdropping on another man’s conversation, he posed inconspicuous. He pretended he could not hear her. Perhaps if he did not acknowledge her, she would simply walk away. Maybe his cold shoulder would send her shivering to another part of the train. For a moment they sat in silence. She gave him a moment of comfort in solitude and the two of them pondered what might be resting beyond the horizon. There was no one near them on the train and with neither one of them talking aloud they could each hear the rain begin to fall from above. The drops fell long and hard before splashing down the walls over the glass outside. It warped their vision at an angle in the wind as the fog turned to tears all around them. The ground sweeping by, beneath their shared line of sight, was the only living proof either one of them had, to prove time had been passing them by.

“Can you tell me your name?” She asked him like it was her first and only question. No reaction.

The woman wore a light blue dress. It was almost green under certain light. It changed colors when it moved like the ocean tide beneath heavy sunlight and a clear blue sky. A bright teal color with scattered white polka dots, cascading snow down her figure from the wavy blonde clouds in the sky. The dress swirled around her legs as she rose to her feet. The man momentarily glanced at the waterfall from her waist to her ankles as she stepped from her seat to his, to sit down beside him. Running her hands down the backs of her legs she straightened the cloth and settled in to the deep cushion of the seat behind her. With her fingertips she pulled taught the dress around her knees crossed one leg upon the other. In very apparent anxiety the man shifted his weight away from the stranger and inched his way closer to the window.  He was a dead leaf stuck in a tall chain link fence, just out of reach from the ground but nowhere near close enough to easily grasp. Hanging stiff in the cold held hostage from the wind, with nowhere to go and no branch to hold.

“I don’t want to be a bother, but I would be delighted if you could show me what you have in your case. Please.”

There was more innocence in her voice than there was silence in the room. She  rested her hand on his knee, a simple gesture that seemed to ease the pain. He was not a man strongly suited for social interaction, but the women’s dainty hands brought a calm he could not remember. Like a hand fed wild animal, the man stared down at the fingers on his knee and tried to weigh in on his surroundings. As though appeasing this woman may cost him his life, or at least the comfort of his travels.

Rain water rippled along the window beside the man, casting shadows over his suitcase like a spider web in the wind. With no response the man laid his suitcase flat upon his knees and slowly ran his large old hands over its surface, brushing off the dust that was not there. The man’s hands trembled as he reached them slowly for the two latches spread symmetrically along the edge of the suitcase. Neither hand could remain steady enough to undo one latch on its own, and even combined both hands strained to undo each latch one at a time. He would have never allowed her to help. Deep in his soul he still longed to be a younger man. No rusty old latch could ever be less bearable than the pain this man had previously been through, whether he remembered that pain or not. Click after click the suitcase was open and its contents nearly free but the man paused before lifting the lid. His eyes wandered from one corner of the case to the other as though he did not know what to expect of its insides.  He gazed on through it like a child standing firm outside a classroom door on their first day of school unsure of which room to enter. The man sat motionless for but a moment.

The patient woman sat compassionately beside him only wishing she could help his aging hands with the latches. When he made no further effort to open it entirely, she merely let him rest. She let him ponder. Beyond this boxes leather, laid at rest the man’s life, long behind him. The train had already traveled quite a distance, but she knew it had a good distance left so the woman found no need to rush this man in rediscovering what sat in the box before him.

With thumbs pressed tight to the worn black circles beside each latch of the case, the lid to the brown leather case slowly lifted.

Yes, I just went there.