Here’s to end of the greatest year of my Life.

It didn’t really hit me until late last night. We went to Cassie’s parents house at 9:30pm to hang out for New Years.

Steve was trying extra hard to just be a cool father-in-law. I about bit my tongue when I told him Cassie and I had nowhere else to be, that we could hang out till midnight. But seemed really happy to hear it, and recruited Alex and I to take a guys trip to get firewood. We jumped in the 15 passenger van they call “Beast”, and went across town to pick up some scrap pallets. It was super low key. I finally felt like they actually wanted me there. They weren’t trying to passively scare me away.

Back at the house we sat around a fire outback cracking dumb jokes, roasting marshmallows, listening to music and distant fireworks. Midnight approached and Tami insisted the married couples all kiss, so the twins did a countdown and Cassie gave me a quick peck. My only thought was like “oh.. We’re allowed to do this now..”

It hit me last night, and this morning. I just closed out the best year of my life at my In-laws house. It’s a new year.

I didn’t write nearly as much as I would have liked this year.. So I’ll have to just run through some highlights.

The most productive, the most exciting, the most complete year of my life.

In no particular order:

Moved into what is basically my first ‘real’ apartment.

Published my first novel and a book of poems.

Played in a competitive frisbee league.

Got really good at rock climbing.

Built my own rock wall.

Grew a lot closer to my own family.

Had gifts to give on Christmas.

Learned I have the best group of friends I could have ever asked for.

Kevin remodelled half his house.

Elliott is a Cop.

Cassie is the best Medical Assistant, ever.

I got a small raise.

We got a new 4Runner.

A great collection of climbing equipment.

The year was not perfect. But I would not ask for it to have been any different.

We slept in today.

I made Cassie Waffles and Coffee and served her in bed. Read a chapter of my Bible. Went for a 28 minute run, while listening to Ben Shapiro and finished it with some pull ups. I did the dishes and am now writing this at just past noon.

This year I have a bunch of cool stuff planned.

I don’t really do “resolutions” but if I had to set some goals. I want to train again like old times to get in shape for Frisbee and the Relay. I wanna keep climbing through the summer without a broken toe this year. I wanna eat more salad. I wanna drink more water. I wanna read my bible more. I wanna keep up on politics with Ben Shapiro. I wanna publish a few children’s books and work on the other novels.

I want to finish 2018 even closer to Cassie than I already am.

Nothing about 2017 would have been the same, had I broken up with her the year before.

Here’s to Twenty-Seventeen, and the next Seventy Seven Years.

Praise God for pouring out blessings I was far from deserving. I am eternally grateful. 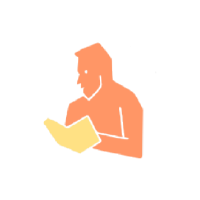